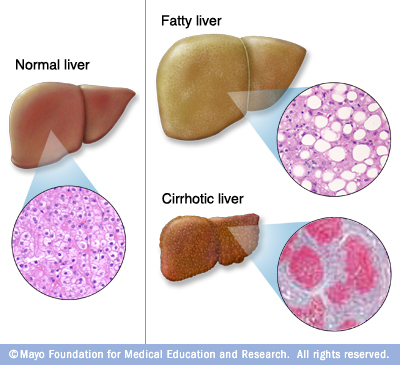 Nonalcoholic fatty liver disease (NAFLD) is the underlying problem being most liver disease in the US and other western countries due to the prevalence of obesity.

It can result in total liver failure and death. With nearly 37%  of adults in the US now classified as Obese, and projected to be 60% in the next 10 years, the problem is only going to get worse.

Although there are many contributing factors, insulin resistance plays a key role in the deterioration of the livers ability to process the fat.

This study  demonstrates that boosting NAD+ can  protects  against many age and diet related chronic diseases such as chronic liver failure.

The results confirm prior studies on the role NAD+   plays in supporting sirtuinsi to repair cellular damage, and in particular protecting from NAFLD.

The research shows that a diet high in  fat and sugar contributes to NAFLD, and that adding Nicotinamide Riboside to the diet boosts NAD+ levels which improves Mitochondria unfolded protein response (UPRMT) to help prevent and reverse NAFLD.

These robust effects of NR on mitochondrial function were reliant on the NAD+-mediated SIRT1 and SIRT3 induction of mitonuclear protein imbalance, triggering the UPRmt.

Similar to previous reports linking the beneficial effects of NMN and NR to the UPRmt activation of UPRmt in livers of these NR-treated animals maintained optimal mitochondrial function despite a chronic FA overload.

Overall the data shows that boosting of depleted liver NAD+ stores in mouse models of NAFLD, by administration of Nicotinamide Riboside supplements, recovers liver NAD+-dependent SIRT1 and SIRT3 signaling to counteract the development of NAFLD.

And that the beneficial effects of NR are largely mediated by the cell-autonomous effect of SIRT1 activation in the liver.

Using the FDA guidelines for converting the dosage tested to humans, the 500 mg/kg results in a daily dosage of around 2,200 mg for a person weight 160 lbs.  This is in the range used for other testing with mice for therapeutic purposes.