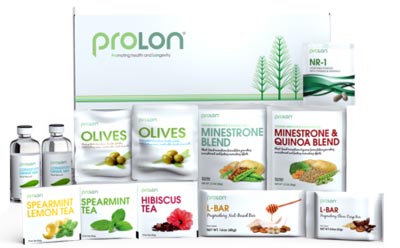 Recently I began a 3-day fast, which then got extended to 5 days.

The intention was to use the “Tim Ferriss method” (described here). Essentially accelerating the shift from glucose burning to fat burning as quick as possible, avoiding the negative physical feelings associated with the transition period. (60 second video primer on ketones if you’re not familiar).

However, in the process of researching more about the measurement of blood glucose and blood ketones, I realised its possible to experiment a bit.

There has been some excellent research done by Valter Longo and his colleagues at the University of Southern California on a way to do fasts, without completely stopping eating.

Essentially, they were aware of all the health benefits associated with fasting, but wanted to tackle the problem of compliance. For most people these days, the thought of not eating for 5 days is too much to handle.

They have come up with a 5 day diet that is low enough in calories and carbohydrates, that the user gets the vast majority of the benefits from fasting.

Actually, they have patented their specific diet as prolonfmd.com – and are selling it to hospitals to prescribe to their patients. Your first thought is probably…huh? But its more about “playing the game”, and finding ways to get fasting into hospitals, than it is about money. I believe Valter has even gone as far as to pledge his profits from the endeavour to charity. For more on Valter Longo and the FMD diet – check out Rhonda Patrick’s podcast with him.

What patients would find when they use the prescription Prolon diet

Luckily for us, we can use Valter’s research into fasting, without getting a prescription for his diet. In the paper that they published to cell.com, they describe the details of the diet:

Damien, of Quantified Body figured out that this is similar to the macronutrient composition of avocados. So for example, you could have 2 medium sized avocados per day on each of the 5 days.

It doesn’t have to be avocados though, it could be anything that fits the above macros.

The other interesting piece of the puzzle, that contributed to this fast, was a paper by Dr Seyfried on treating brain cancer.

The crux of my experiment, is that adding in some calories/nutrition makes the whole process MUCH easier. And you can do it in a calculated way.

Here’s the rough breakdown of what I consumed:

You can see I didn’t adhere strictly to the fast mimicking diet, and was generally under the prescribed amount of calories. But was far in excess of a simple water fast.

From the end of day 1, my ketones were elevated (no doubt helped by the MCT oil). Highest they reached was about 4.4mmol/L, with blood glucose simultaneously at 2.8mmol/L.

The measurement of blood ketones and blood glucose come in useful for 3 main things:

Regarding #3 – when I ate the second avocado on day 3, my bloods actually showed I came out of nutritional ketosis. Even though my ketones were at 2.5 mmol/L, my blood glucose was at 4.3 mmol/L. Which is a ratio of 1.72 – rather than the desired ratio of 1.0 or lower.

All in all this experiment was a success.

Its becoming increasingly more obvious that fasting is an important tool in humanities arsenal against disease. Once upon a time, as hunter and gatherers, these fasted states were forced on us by the environment. Now in today’s abundant first world, we have to artificially create them. As with any “medicine”, one of the big hurdles is compliance.

The last 5 day fast I did was back in November, and it was taxing to say the least. I certainly didn’t feel in a rush to do another one. However, this time around, I felt much more functional throughout the fast – and can see a way to make this a more regular thing. Regular being something in the order of twice per year.

Probably the worst part of the fast this time was the exit. I think it comes down to the harsh way I went from nutritional ketosis, to consuming reasonably high levels of carbohydrates. In retrospect, I’d probably prepare a meal with some fatty meat + vegetables. That way it fulfils the need I have to *eat everything*, but won’t cause such a harsh crash after.

I’ve never been a strong believer in living in ketosis, and I’m still not. But there’s something about seeing the effect on your body when it goes from ketosis to glucose burning, that makes you question if you’re doing it a favour!

There’s a few points from this experiment I’d like to learn more about:

Anyway, that’s a rather large brain dump. Hopefully if you’ve got this far you’ve been able to extract some nuggets to help you in your journey. If you’ve got any questions or comments, please leave them below. As for any blogger, feedback is wonderful.