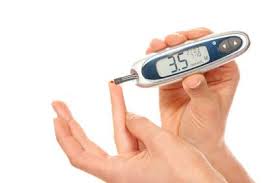 Low-carb diets can provide you with powerful health benefits, including lowering your blood sugar and insulin levels, helping you lose weight and reducing disease risk. A growing number of studies suggest that these effects may be enhanced by taking certain supplements.

At this point there aren’t a lot of high-quality studies looking at the effects of spices and other plant compounds on health markers in people with diabetes and prediabetes. However, the research that currently exists is pretty impressive.

Although the supplements discussed in this chapter are considered safe if taken in the recommended dosages, individual adverse reactions cannot be ruled out. Therefore, starting with a small dosage and assessing your personal tolerance is highly recommended.

In addition, if you are taking any medications, be sure to discuss potential interactions between these supplements and your medicines with your pharmacist to make sure it is safe to take them together.

Berberine may provide a number of beneficial effects on metabolic health. This orange-colored compound is found in several plants, including goldenseal,

barberry and Oregon grape root. It has been prized in ancient Chinese medicine for centuries due to its strong anti-inflammatory properties.

Indeed, a large analysis of 14 studies totalling more than 1000 people revealed that berberine is as effective at lowering blood sugar levels as metformin, one of the oldest and safest diabetes medications (190).

Like metformin, berberine works by reducing the amount of sugar released by your liver and making your cells more sensitive to insulin. This insulin-sensitizing effect also seems to promote weight loss and improve heart health markers.

In a small study, 9 adults with prediabetes who took 900 mg of berberine daily for 3 months had significant reductions in weight, belly fat, cholesterol, triglycerides and blood pressure (191, 192).

How to get the best results when taking berberine:

Like berberine, curcumin has strong anti-inflammatory properties. Curcumin is the bright-gold pigment found in turmeric, one of the main spices in Indian curries and an important component of Ayurvedic medicine.

In a 9-month controlled study of 240 adults with prediabetes, one group took 750 mg of curcumin daily, and the other group received a placebo (“dummy pill”).

Although 16.4% of the control group developed diabetes by the end of the study, not a single person in the curcumin group did. What’s more, those who took curcumin were found to be more insulin sensitive and have better beta cell function following treatment (194).

How to get the best results when taking curcumin:

Cinnamon is a delicious spice with powerful antioxidant effects. Research in those with type 2 diabetes and prediabetes suggests cinnamon can lower blood sugar levels and improve the way your cells respond to insulin (196, 197, 198, 199, 200).

In one study of 109 diabetic adults, the group who took 1 gram of cinnamon for 3 months reduced their hemoglobin A1c values more than twice as much as those who only received standard medical treatment (200).

On the other hand, some studies haven’t shown that cinnamon lowers blood sugar very much among those with diabetes, which suggests that cinnamon’s effects on blood sugar may vary from person to person (202, 203).

There are two main types of cinnamon: cassia and ceylon. Cassia is the type most commonly found in the spices section at grocery stores.

Of the two kinds, Ceylon contains more antioxidants and may therefore have more potent effects on blood sugar. In addition, cassia cinnamon contains significantly more coumarin, a compound that has been linked to liver damage when consumed in high amounts.

How to get the best results when taking cinnamon:

Apple cider vinegar has been used as a health tonic in traditional medicine for centuries and has been credited with all sorts of health benefits.

fat and triglycerides. These changes occurred even though the men continued to follow their usual diets (205).

Although the strongest effects have occurred when vinegar is taken with high-carb foods, it may also help lower blood sugar when taken with protein foods.

In a controlled study of type 2 diabetic adults, the group that took apple cider vinegar with cheese at bedtime experienced twice the decrease in fasting blood sugar the next morning as those who consumed cheese with water (206).

How to get the best results when taking apple cider vinegar:

If you are taking any medications for diabetes or other health conditions, remember to consult your pharmacist before taking these or other supplements.