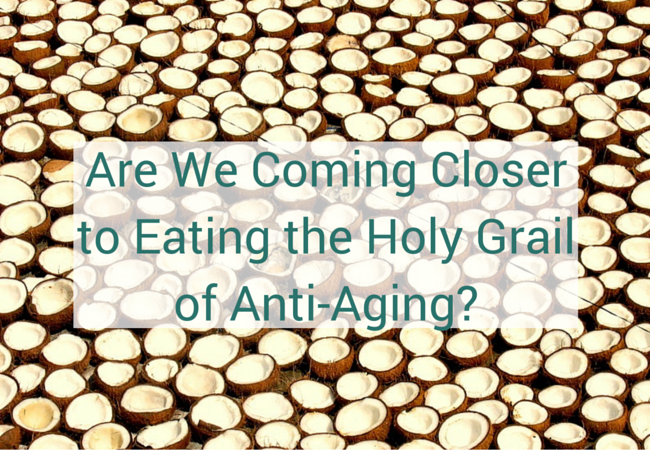 In the late 1940s, Denham Harman PhD, an accomplished chemist, became so fascinated with the idea of finding a cure to ageing that he decided to go back to school and study medicine.

In 1953, while still an intern at Berkeley in California, he proposed a radical new theory called the ‘the free radical theory of ageing’. [i] In this theory, he declared that ageing is caused by reactive oxygen species accumulating within cells.

So, he modified his theory and gave it a new name: ‘the mitochondrial theory of ageing’. Harman changed the course of anti-ageing research forever.

What are reactive oxygen species?

Mitochondria are energy ‘factories’ within cells. They produce ‘packages’ of energy in the form of the molecule ‘ATP’.

In the process of energy production, single electrons escape from the ‘factory line’ and react with oxygen molecules to form free radicals such as peroxide and superoxide.

They can be ‘mopped up’ by anti-oxidants and mitochondria usually contain anti-oxidants that do this but these may decline in number, over time and with age.

As a result, high levels of reactive oxygen species start to accumulate and cause mitochondrial damage.

Dysfunctional mitochondria can no longer produce enough energy and ‘starving’ cells may degenerate and die.

Brain cells are extremely dependent on their mitochondria for energy and most diseases of old age seem to affect the nervous system, giving credibility to Denham’s theory.

In 1999, another anti-ageing expert, Professor Vladimir Skulachev of Moscow State University, proposed a similar theory on ageing which he calls ‘Phenoptosis’.[ii]

In this theory, mitochondrial death from reactive oxygen species leads first to cell death, then organ death and that then kills the whole organism.

The bottom line of these theories is if we want to live longer, we need to look after our mitochondria.

The advice universally given out over the past few decades where we have been told to eat plenty of fruit, chocolate, tea and various other things because they all contain anti-oxidants, is based on these theories.

If we eat anti-oxidants, we can prevent our mitochondria from being damaged by excessive reactive oxygen species. The problem is that eating more anti-oxidants doesn’t seem to have much of an effect on longevity, as some studies have shown.[iii]

One reason may be that the anti-oxidants we eat may not actually reach their target and enter into the mitochondria that need them.

Macrophages are a type of white blood cell  whose normal role is to digest cellular debris and foreign substances. These biological dustbins maraud within and between cells throughout the body, destroying pathogens as they roam.  Normally, this is a good thing.  But they are able to reek havoc  with mitochondria, the cells power plants, if they get out of control.

This articles shows how macrophages signal mitochondria to switch from producing ATP (the cells energy source)  by normal oxidative phosphorylation  to glycolysis.  The end product of the glycolysis is ROS that are pro-inflammatory and can be toxic to surrounding cells.

to produce  Reactive Oxygen Species (ROS).  ROS such as Nitric oxide, superoxide and peroxynitrite induce inflammation and at higher levels damage cells, and are implicated in chronic disease (r) .  Anti-Oxidants are often taken in hopes of combatting these ROS and lowering inflammation, but are often like putting a finger in a leaking dike.

This article about newly elevated role of inflammation in neurological disease like MS.

“Increasing clinical, imaging and biopsy evidence show that inflammation also plays a major role3,4, Indeed, a biopsy study in patients with MS concluded that: “Inflammation alone may be sufficient to cause significant clinical deficits without demyelination5. However, the mechanism by which inflammation causes loss of function remains unresolved, although roles for cytokines6, reactive oxygen species and nitric oxide7,8,9 have been proposed. Some of these factors can impair mitochondrial function10, and increasing evidence points to an energy deficit as a major feature of the brain and spinal cord in multiple sclerosis (MS) e.g. refs 11, 12, 13, 14, 15 implicating an energy deficit in the pathophysiology of the functional deficit.

These data place mitochondrial dysfunction at the centre of the pathophysiology of demyelinating disease of the CNS.”

“The mitochondrial deficits described above were accompanied by an increase in astrocytic PFK2 expression, consistent with a shift from oxidative to glycolytic ATP production in these cells…threshold was breached where ATP supply was no longer sufficient to match metabolic demand…”

In summary, the current findings focus attention on mitochondrial dysfunction and energy insufficiency as a major cause of neurological deficits in neuroinflammatory disease

(This section from Lifeextension.com)

When glucose is properly utilized, our cells produce energy efficiently. As cellular sensitivity to insulindiminishes, excess glucose accumulates in our bloodstream. Like spilled gasoline, excess blood glucose creates a highly combustible environment from which oxidative and inflammatory fires chronically erupt.

Excess glucose not used for energy production converts to triglycerides that are either stored as unwanted body fat or accumulate in the blood where they contribute to the formation of atherosclerotic plaque.

As an aging human, you face a daily onslaught of excess glucose that poses a grave risk to your health and longevity. Surplus glucose relentlessly reacts with your body’s proteins, causing damaging glycation reactions while fueling the fires of chronic inflammation and inciting the production of destructive free radicals (Basta 2004; Uribarri 2005; Toma 2009).

In another significant mechanism, chlorogenic acid increases the signal protein for insulin receptors in liver cells (Rodriguez de Sotillo 2006). That has the effect of increasing insulin sensitivity, which in turn drives down blood sugar levels.

Chronic inflammation or para-inflammation is generally not treated on its own by mainstream physicians. Interventions in conventional medicine are usually only undertaken when the inflammation occurs in association with another medical condition (such as arthritis).

Currently, conventional preventive medical approaches to inflammation are limited to the use of CRP to predict cardiovascular disease in high-risk subjects, and the prophylactic use of drugs like aspirin to inhibit the inflammatory cascade linked to thrombosis (uncontrolled blood clotting).

Indeed, the potentially asymptomatic nature of low grade inflammation is such that elevations of pro-inflammatory cytokines may progress undetected for some time, only being discovered after they have had time to cause enough cellular damage to produce disease symptoms.

2 thoughts on “Inflammation, NAD+, and the mitochondria theory of Anti-Aging”