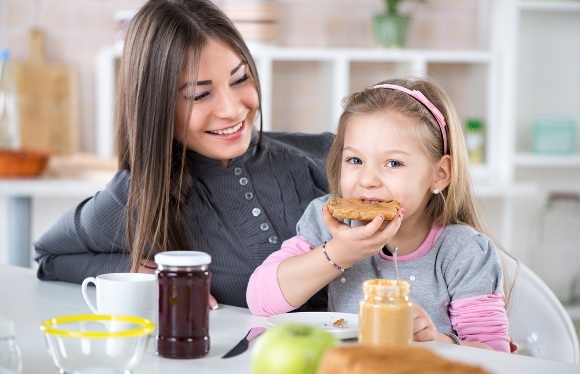 A previous study found that when children at a high risk of peanut allergy started eating peanuts at an early age, their risk of developing an allergy decreased (1, 2).

This same research group also did a follow-up study, examining whether the incidence of peanut allergy remained low when children avoided peanuts for 1 year.

The results were recently published in the New England Journal of Medicine.

It’s estimated that about 1% of Americans are allergic to peanuts, which are considered to be one of the most severe allergens (3, 4).

Allergies can be treated with antihistamines or by avoiding the allergen, but studies on allergen immunotherapy have provided some promising results.

Allergen immunotherapy, also known as desensitization, involves gradually exposing people to large amounts of allergens in the hope of making the immune system less sensitive or even unresponsive to them.

Long-term immunotherapy, using eggs, pollen or bee venom, may lead to long-term benefits or unresponsiveness to these allergens (5, 6, 7, 8, 9).

This follow-up is an extension of a study that examined how eating peanuts when young affected later allergy risk. This follow-up looked into what happened when participants avoided peanuts for a year.

Effect of Avoidance on Peanut Allergy after Early Peanut Consumption.

This was a follow-up study to a previous randomized, controlled trial, known as the Learning About Peanut Allergy (LEAP) study.

The researchers randomized the participants into 2 groups:

The study found that introducing peanuts to the diet early on resulted in an 81% lower risk of allergy when the children were 5, compared to avoiding peanuts (1, 2).

The follow-up to the LEAP study, called the Persistence of Oral Tolerance to Peanut study (LEAP-ON), included 556 participants from the LEAP trial.

They were told to avoid eating peanuts for one year. This helped the researchers find out if sustained peanut consumption is required to maintain the protective effects against peanut allergy.

After this 12-month follow-up, the researchers examined the percentage of participants with peanut allergy in both study groups.

Bottom Line: The LEAP trial showed that eating peanuts early on protected children from peanut allergy. A follow-up study looked into whether these protective effects continued after one year of avoiding peanuts.

The LEAP trial showed that eating peanuts from the first year of age protected the majority of high-risk children from developing a peanut allergy.

At the end of the 4-year study period, the incidence of peanut allergy was 81% lower for those who consumed peanuts, compared to those who did not (1, 2).

This extension of the LEAP trial found that when the participants avoided peanuts for 12 months, it did not increase their risk of becoming allergic to peanuts.

Specifically, the incidence of peanut allergy was 74% lower among those who had consumed peanuts, compared to those who avoided peanuts.

The chart below shows the differences between groups at the end of the study.

Simply put, the protective effects of eating peanuts early in life continue even if peanuts are avoided for 1 year after early exposure.

However, further studies are needed to see how long these effects do last.

Bottom Line: The study found that the protective effects of eating peanuts from an early age continued even if peanuts were avoided for one year after early exposure.

This study did not have any obvious limitations.

It seems to have been planned and implemented well, and conducted by a highly-regarded team of scientists and allergy doctors. Adherence was also excellent.

However, the study was not designed to determine the amount or frequency of peanut consumption needed to provide benefits. Also, it is unclear whether the effects persist after many years of peanut avoidance.

In summary, this study showed that eating peanuts from an early age may protect against the development of peanut allergy.

However, this should not be tried at home. This study was conducted under controlled conditions and supervised by professional allergists.

Further studies are needed before any general advice can be given.