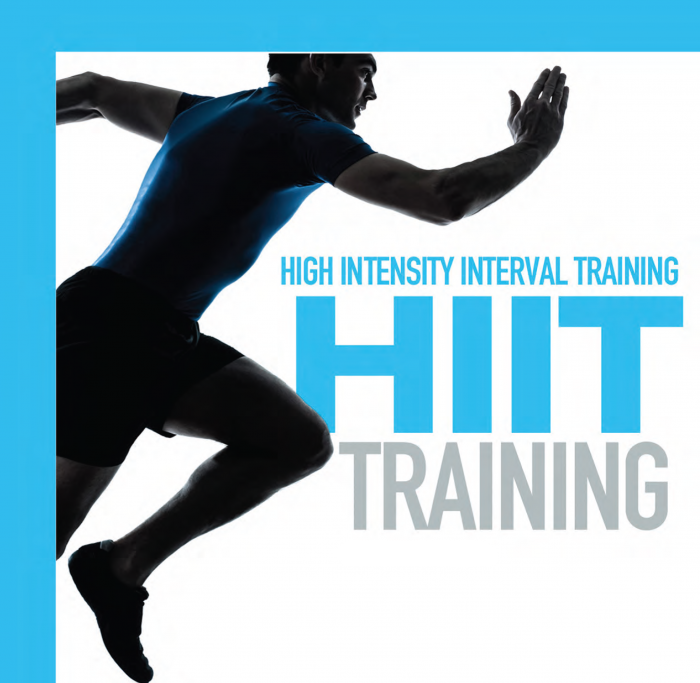 It’s long been known that physical activity can reduce inflammation in your body and improve heart health.

This study recently published in cell.com shows that High-intensity interval training (HIIT) is more effective than weight training or cardio for improving metabolic health, is superior for fighting age related decline, and may yield anti-aging benefits down to the cellular level.

HIIT was found to be even more effective at improving mitochondria biogenesis in older individuals.

“HIIT increased maximal absolute mitochondrial respiration in young (+49%) and older adults (+69%), whereas a significant increase following CT was observed in young (+38%), but not older adults”

Researchers enrolled 36 men and 36 women from two age groups—either under 30 or over 65.

They took on three different exercise programs that included high-intensity interval biking, strength training with weights, and one that mixed lighter cycling and lifting. Each group completed their plan for 12 weeks.

“Any exercise is better than being sedentary,” said Dr. Sreekumaran Nair, senior author of the study and a diabetes researcher at the Mayo Clinic in Rochester, Minnesota. However, Nair noted that high-intensity interval training (HIIT), in particular, is “highly efficient” when it comes to reversing many age-related changes.

Young and old, men and women

For the National Institutes of Health-funded study, Nair and his colleagues enlisted the help of both men and women from two age groups: The “young” volunteers ranged in age from 18 to 30; “older” volunteers ranged in age between 65 and 80. Next, the researchers divided these participants into three mixed-age groups and assigned each a different supervised exercise training program lasting three months.

The strength training group performed repetitions targeting both lower and upper body muscles just two days each week.Finally, the combined training group cycled (less strenuously than the first group) and lifted weights (fewer repetitions than the second group) for a total of five days a week.

There were clear differences, then, in the amount of time different participants spent in the gym.

Before and after each training session, the researchers assessed various aspects of each volunteer’s physiology, including body mass index, quantity of lean muscle mass and insulin sensitivity, one indication of diabetes.

The researchers also did routine biopsies of each volunteer’s thigh muscles and performed a biochemical analysis in order to establish a comprehensive fingerprint of the muscle.

Analyzing the gathered data, Nair and his colleagues found that all forms of exercise improved overall fitness, as measured by cardiorespiration, and increased insulin sensitivity, which translates into a lower likelihood of developing diabetes.

Although all exercise helped with musculature, strength training was most effective for building muscle mass and for improving strength, which typically declines with age.

Every cell in our bodies contain   mitochondria. They perform as tiny batteries do, producing much-needed energy that powers everything your cells do.

Interval training also improved volunteers’ insulin sensitivity more than other forms of exercise. Drilling down deeper, Nair and his colleagues compared the protein-level data gathered from participants to understand why exercise provided these benefits.

If we think of the cell as a corporate hierarchy, genes (DNA) are the executives issuing orders to their middle managers: messenger RNA. Tasked with transcribing this order, the RNA turns to ribosomes, which perform a supervisory role by linking amino acids in order to assemble protein molecules. Finally, the proteins, cellular work horses, carry out the task originally dictated by the gene.

“Proteins sustain environmental damage and the damaged proteins have to be … replaced with newly synthesized (produced) proteins,” explained Nair in an email. “With aging in sedentary people, production of many protein molecules decline. … Gradually the quantity of these protein molecules decrease causing functional decline.”

Analyzing the muscle biopsies, the researchers discovered that exercise boosts cellular production of mitochondrial proteins and the proteins responsible for muscle growth.

He said the results also showed that “the substantial increase in mitochondrial function that occurred, especially in the older people, is due to increase in protein abundance of muscle.”

In some cases, the high-intensity regimen actually seemed to reverse the age-related decline in both mitochondrial function and muscle-building proteins.

Exercise’s ability to transform mitochondria could explain why it benefits our health in so many different ways, according to the authors.

Muscle cells, like brain and heart cells, are unusual in that they divide only rarely compared with most cells in the body. Because muscle, brain and heart cells do wear out yet are not easily replaced, the function of all three of these tissues are known to decline with age, noted Nair.

If exercise restores or prevents deterioration of mitochondria and ribosomes in muscle cells, exercise possibly performs the same magic in other tissues, too. And, although it is important simply to understand how exercise impacts the mechanics of cells, these insights may also allow researchers “to develop targeted drugs to achieve some of the benefits that we derive from the exercise in people who cannot exercise,” Nair said.

According to Jennifer Trilk, an assistant professor of physiology and exercise science at University of South Carolina School of Medicine Greenville, the new study is comprehensive and supports previous research, combining it all into one paper.

“We cannot have enough studies surrounding this information because of how impactful it is for health,” said Trilk, who was not involved in the research

Juleen Zierath, a professor of integrative physiology at Karolinska Institutet in Stockholm, Sweden, finds the study to be “a really comprehensive and thorough analysis of human skeletal muscle before and after” adapting to different exercise regimens. Zierath, who did not participate as a researcher in the current study, also appreciated the fact that the authors comprehensively examined the effects on both younger and older participants.

“It teases out some of the training regimes that might be leading to greater effects on what they call mitochondrial fitness,” she said. Compared with the other two exercise programs, interval training “really had a more robust effect” on the machinery of cells, she said.

“Part of what happens with HIIT is, you disturb homeostasis, you exercise at a really high level, and the body needs to cope with that,” she explained.

Even though one program had superior effects, “every single exercise protocol they tested had positive effects,” said Zierath, who is looking forward to future research in this vein.

“Exercise is almost a medicine in some respects,” Zierath said. “It’s never too late to start exercising.”