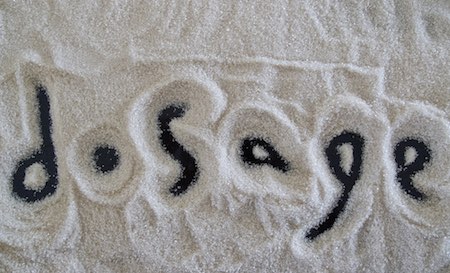 Nicotinamide Riboside (NR) is a form of vitamin B3 closely related to Niacin that is showing great promise for it’s ability to raise  NAD+ levels in older humans, back to the levels normally found in youth to prevent and repair damage to various organs in the body.

NAD+   is a key co-enzyme that enables the mitochondria to power and repair damage in every cell of our bodies.

WHAT IS THE MAXIMUM SAFE DOSAGE

There have been numerous studies of NR and NMN in mice that showed no negative side effects in Human Equivalent Dosages (HED) of 2.1 to 17 grams per day

The FDA recently granted GRAS (Generally Recognized as Safe) status on the basis of this clinical study, which showed “no observed adverse effect level was 300 mg/kg/day.”

Using the chart here from the  FDA guidelines for calculating this to HED of 2880 mg for a 130lb person.

With the FDA required 10x safety factor, that would equate to a dose of 288 mg per day for a 130lb human.

That is likely the limit on what sellers will recommend, but many people have been taking 500-1,000mg a day with no noticeable side effects.

[box]The 10x safety factor required by the FDA results in a safe dosage of 288 mg a day, although many people take much more and few if any side effects are reported at 1,000 mg a day or less[/box]

WHAT DOSAGE IS MOST EFFECTIVE

FIRST PUBLISHED RESEARCH ON NR IMPACT TO NAD+ IN HUMANS

The first published research to date that measures the NR supplementation increase in NAD+ levels in humans by Dr Charles Brenner is also documented in the Phd dissertation by Samuel AJ Trammel at the University of Iowa.

Experiment #1
In the first experiment, one Human subject was given a single dose 1,000 mg of NR each morning for 7 days. Blood levels of NAD+ and metabolites were 9 times the first day and every 24 hours thereafter.

From the results shown in chart above, we see NAD+ levels did not rise until 4 hours after ingesting, peaked at around 8 hours,  and remained elevated up to 24 hours.

100 mg per day
This chart shows 100mg per day (purple) elevates NAD+ levels around 4 hours, dropping significantly by 8 hours and continuing to decline throughout the 24 hours.

300 mg per day
The numbers in this line (red) are slightly elevated at 8 hours, then continue rising to 24 hours.

1,000 mg per day
This line (black) looks very similar to the first test with one subject given 1,000 mg daily.

Increased NAD+ noted at 4 hours, with maximum increase reached around 8 hour. It appears NAD+ levels remain at that maximum through 24 hours.

We can see that at all dosages the NAD+ levels were elevated somewhat within 4 hours.

It does appear an upper limit was reached after which, additional NR did not raise NAD+ any further.

Dr Brenner points to the increased NAAD levels that coincide with the peak of NAD+ and suggest NAAD acts as an “overflow pool”, that may later be converted to NAD+ if needed.

Do other Metabolites of NAD+ matter?
The author notes that supplementation with Nicotinamide Riboside elevates the level of many NAD+ metabolites at different rates:

“Because every NAD+ metabolite can be converted to one or more other metabolites, snapshots of the levels of NAD+ , nicotinamide (Nam) or any other NAD+ metabolite without assessment of the NAD+ metabolome on a common scale has the potential to be misleading.”

NAAD is much higher in the 1000mg subjects. However, the first study implies there is a limit to the possible increase of NAD+. Despite repeated usage over seven days, NAD+ tops out.

The second study shows that at 24 hours, NAD+ is elevated by approximately the same amount in the 300mg and 1,000mg test subjects.

[box]Conclusion: The maximum effect appears to be achieved at some dosage around 300mg per day.

Note: Subjects in this study were healthy and between 30-55 years of age. Older, sicker subjects might benefit from higher dosages. The Elysium Basis testing with older individuals (below) will hopefully shed more light on this.[/box]

This recently complete, but not yet published study tracked 120 elderly subjects (60-80yrs age) over 8 weeks monitored blood and heart parameters to ensure safety.

Completed in July 2016 but not yet published, it was sponsored by Elysium Health, manufacturer of Basis Nicotinamide Riboside.

Participants received either placebo, 1, or 2 capsules of BASIS

Elysium Health did issue a press release that states that 125 mg of NIAGEN resulted in a 40% increase in blood NAD+ levels that was maintained throughout the 8 weeks of the study.

The 250 mg dosage resulted in an increase that was “significantly higher” than the 125 mg dose, and reached 90% at one of the 4 checkpoints (4 weeks).

Since the increase from the 250 mg dosages reached a plateau at 4 weeks, and dropped afterwards, implies that a higher dosage probably would not be any more effective.

This rather speculative interpretation agrees with the results in Study #1 that the most effective dosage is higher than 125 mg, but has peaked out at 250mg a day

[box]Conclusion: Most people will likely get the maximum NAD+ increase at 250mg per day
[/box]

The NAD+ supply is not stagnant – it is constantly being consumed and replenished, with the entire NAD+ pool being turned over 2-4 times per day (14).

This recycling is through the salvage pathway, where the enzyme Nampt catalyzes NAM to NMN, which is then metabolized to NAD+.

Nampt is the rate-limiting step in the salvage process (97).

Many studies have confirmed the importance of Nampt in maintaining sufficient NAD+ levels, such as the quote below from a 2016 study that used mice lacking Nampt in muscle fiber:

These mice exhibited normal muscle strength and endurance while young, but deteriorated rapidly as they aged which confirmed Nampt is critical to maintaining NAD+ levels.

NR had been known for decades, but was not thought to be that important until 2004 when Dr. Charles Brenner discovered the enzyme NRK1 can phosphorylate NR directly to NMN, bypassing the Nampt “bottleneck” (100).

This newly discovered “shortcut” in the NAD+ salvage pathway found that NR can be metabolized directly to NMN to boost NAD+ levels more effectively than NAM.

Even when taken at very high dosages, NR has not been detected in the bloodstream in any research (97,98,99).

Note:NAM does elevate NAD+, but is on the “wrong” side of the Nampt bottleneck, which limits it’s effectiveness

The following five charts are all from the thesis published by Samuel Alan Trammell in 2016 under supervision by Dr Brenner:

Nicotinamide riboside is uniquely and orally bioavailable in mice and humans

This chart above shows the impact on NAD+ metabolites over time for a 52 year old human after ingesting 1000mg of NR daily for 7 days.

NAM levels double at .6 hours and have a second peak at 7.7 hours, long before NAD+ levels are elevated.

This chart at right shows metabolites found in urine of the subject from the same experiment as above.

The red box shows NAM  is elevated more than 10x baseline at the same time point that NAD+ is elevated, which implies that NR has elevated NAM to such an extent that excess NAM is excreted in urine.

This chart a left shows impact of NR, NA, and NAM supplementation on blood plasma NAD+ (b), and NAM  (d) levels in 12 human subjects.

The red line at 2 hours shows NR supplementation increases NAM perhaps 3x (d), but has not yet elevated NAD+(b).

The 2 hour mark also is the point at which NAM supplementation begins to increase NAD+ levels (b).

The blue line at 8 hours is when both NR (b) and NAM (d) supplementation reach peak NAD+ increase.

Lastly, the green bar and black bar in chart b show that NAM elevates NAD+ slightly less than NR.

NR elevated NAD+ slightly more than NAM, but is much slower acting

The chart above shows the result on NAD+ metabolism of 15 mice fed NR by oral gavage at a dose of 185 mg/kg of bodyweight.

The NR was synthesized with heavy atoms of deuterium at the ribosyl C2 and 13C on the Nam side, to allow tracking.

The measurement at 2 hours shows 54% of the NAD+ has the single heavy molecule (white bar, M+1). This 54% was likely broken down to NAM first, losing the second labelled heavy atom.

The chart above shows the impact of the same double labeled NR on mouse liver, but this time after IP (Intraperitoneal) Injection.

Note the dramatic difference in the ratio of labelled M+2 over M+1. IP results in much higher levels of intact NR (M+2) being metabolized to NAD+, whereas Oral NR shows far more M+1 labelled NR to NAD+.

This different behavior in IP vs oral NR supplementation also implies oral NR is partially metabolized to NAM before conversion to NAD+.

The above chart shows the resultant increase in select NAD+ metabolites of mice fed NR (unlabeled) at 185 mg/kg of bodyweight.

As noted by the authors, NR and NAR are the only NAD+ precursors tested that did NOT result in elevated levels of the precursor in the liver.

Here is one last quote in discussion section from the Trammell thesis:

“NR has not been detected in the blood cell fraction nor in plasma …NR varied and displayed no response to NR administration … but was detected after IP of double labeled NR in liver (Figure 5.7) and muscle (Figure 5.9), revealing NR does circulate”

They are saying that NR is found in small quantities in the liver, but is not detectable in bloodstream.  Oral supplementation with NR did not show any increase in NR in the body.  However, Injection (IP) of NR does result in a detectable increase of NR in muscle and Liver. So NR does circulate in the bloodstream when injected, but has not yet been detected upon oral supplementation.

The timing and amplitude of the increases in metabolites noted above imply that:

Note: NAM does elevate NAD+, but is on the “wrong” side of the Nampt bottleneck, which limits it’s effectiveness

Further testing with larger sample sizes and more data points is underway that will give a much better estimate on the most effective dosage. For now, some conclusions on dosage we see are:

Most NR ends up as NAM after digestion, so is much slower and less effective than NMN.