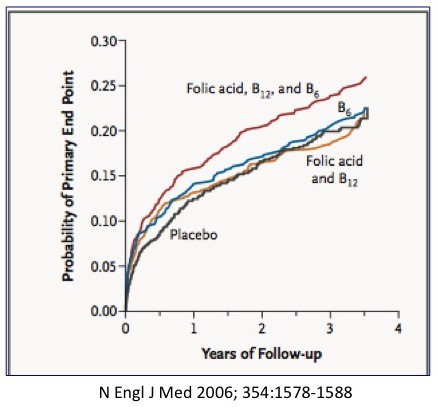 One of the more common questions is whether I recommend any supplements. I recommend very few of them. For longer fasts, I recommend a general multivitamin, although there is scant evidence that it is beneficial. In fact, almost all vitamin supplements have been proven to be useless. In some cases, like vitamin B, worse than useless. All vitamins go through periods of of popularity and unpopularity. It’s worse than high school. One minute, you’re the most popular kid in class, then next you’re the laughingstock.

In the 1960’s the king of vitamins was vitamin C. Linus Pauling is the only person to have won two unshared Nobel Prizes — once for chemistry and once for peace. He had the firm unshakeable belief that many of the problems of modern nutrition could be cured by mega doses of vitamin C. He suggested that high dose vitamin C could prevent or cure the common cold, the flu and even cancer. He even suggested that “75% of all cancer can be prevented and cured by vitamin C alone”. That, of course is wildly optimistic. Many studies were done over the next few decades that clearly proved that most of these vitamin C claims were simply false hopes. Turns out the only disease Vitamin C cures is scurvy. Since I don’t treat many 15th century pirates, it’s not too useful for me.

Once vitamin C supplementation was proven largely useless to prevent disease, the next great hope was vitamin E. Its main claim to glory was as an ‘antioxidant’. Supposedly, vitamin E would neutralize all the nasty free radicals that were causing untold damage to our vascular system. Taking vitamin E would prevent heart disease, we were told. Except, of course, it did nothing of the sort. The HOPE trial, best remembered now as one of the trials to establish the use of the ACEI class of medication in cardiovascular protection. However, this randomized controlled trial also tested whether vitamin E could prevent disease. Unfortunately, the answer was no. Vitamin E supplements did not prevent heart disease or stroke. Indeed, more patients in the vitamin group died, had heart attacks and strokes although this was not statistically significant. Vitamin C was a bust, and so was vitamin E. But the list of shame would not stop there.

The next great hope was vitamin B. In the early 2000s, there was a great flurry of interest in a blood test called homocysteine. High homocysteine levels were correlated with increased risk of heart disease. Vitamin B could lower homocysteine levels, but whether this would translate into better health outcomes was unknown. Several large scale trials were launched with this hope. One of these was the NORVIT trial, published in 2006 in the prestigious New England Journal of Medicine.

The news was stunning. Stunningly bad, that is. Compared to taking placebo (sugar pills), supplementation with folate, vitamin B6 and B12 was giving people more heart attacks and strokes. Yes. The vitamin group was not doing better, it was doing worse. But worse news was still to come, if you can believe it. In 2009, researchers studied the two randomized controlled trials of vitamin B supplementation and found that in addition to raising the risk of cardiovascular disease, the risk of cancer was increased by 21%! Aw snap! The risk of dying from cancer increased by 38%. Taking useless vitamins is one thing, taking vitamins that are actively harmful is something else.

The ironic part of this flawed knowledge is that we are still paying the price. Enriched wheat flour, for example is wheat with all the goodness extracted and then certain vitamins replaced. So almost all the vitamins were removed, and replaced with huge doses of iron and vitamin B. So what we got was a huge surplus of vitamin B. Not that I believe this was malicious. People were mostly concerned about nutrient deficiencies like beri beri, iron deficiency anemia and not so much with anything else. The problem, of course, is that we now have data that show that giving large doses of vitamin B may increase rates of cancer and hear attacks.

But why should vitamin B supplements be bad? After all, folate supplements have reduced the incidence of neural tube defects in pregnancy significantly. Like everything else in medicine, it’s a question of context. Vitamin B is needed for growth of cells. During growth periods, like pregnancy and childhood, this is a good thing.

The problem is completely different during adulthood. Excessive growth is NOT good. The fastest growing cells are cancer cells, so they love, love, love the extra vitamin B. Not so good for us people. Even for regular cells, the excessive growth is not good, because it leads to scarring and fibrosis. This explains how you get more heart attacks, strokes and kidney disease. Cardiovascular disease is caused by atherosclerosis, the hardening of the arteries and excessive fibrosis likely makes it worse.

Why? The rationale is that bones have lots of calcium so eating calcium must make bones stronger. This is, of course, the reasoning that a third grader might use, but that’s besides the point. Eating brains makes us smarter. Eating kidneys improves kidney function. Right…. But any who, this puerile reasoning lasted for about 50 years.

We pretend that we live in a world of evidence based medicine. Just as we discussed with calories, it seems that evidence is not needed for the status quo, but only for ‘alternative viewpoints’. They finally did a proper randomized controlled trial on calcium supplementation and published it in 2006. The Women’s Health Initiative randomized over 36,000 women to calcium and vitamin D or placebo. Then they followed them for over 7 years and monitored them for hip fractures. Did taking calcium every day for 7 years give women super-strong bones that never crack?

Hardly. There was no difference in total fractures, hip, vertebral or wrist fractures. In other words, calcium supplements were completely useless. Actually, that’s not true. There was a significant difference. Those people taking calcium had significantly more kidney stones. So, they were actually harmed by taking these pills. Nice. Are these women glad they faithfully took their pills every day for the last 7 years?

What is the reason why these supplements are not beneficial and mostly harmful? It’s really quite simple. You must understand the root cause (the aetiology) of disease in order to prescribe rational treatment. The diseases that we face today — obesity, type 2 diabetes, osteoporosis, cancer, heart disease etc. ARE NOT VITAMIN DEFICIENCY DISEASES. If these are not disease caused by a lack of vitamins, why would we expect supplementation to make a difference?

Let’s take an analogy. Suppose our car does not run because the engine has exploded. Somebody then says “Oh, hey, I had a time where our car did not run because it was out of gas. Therefore you should put more gas into the car”. But it doesn’t work. Because you must treat the root cause. The problem was that the engine exploded. I don’t really care how much gas is in the car in this situation.

So, if we are treating vitamin deficiency disease (scurvy, beri beri, osteomalacia) then replacing vitamins is very logical and effective. If we are treating obesity, then replacing vitamins is completely and utterly useless. I don’t worry about nutrient density of foods, because I am not treating a nutrient deficiency disease. However, people love trying to sell you the latest greatest weight loss supplement (green coffee, raspberry ketones, PGX, fibre, Sensa etc).

Why Antioxidants, Vitamins, and Hormones failed to reverse aging – They treat the symptoms and not the causes

“Although many drivers of human aging can be slowed or delayed, many of these factors are thought to be non-reversible reversible. (Ex: DNA gene mutations are not reversible).

Most “anti-aging” supplements like anti-oxidants cannot reverse such aspects of aging.  Instead, they merely “control damage,” and many have a mixed track record of efficacy in clinical trials.

Likewise, hormone replacement therapy (HRT) does not reverse aging, despite the claims of some “anti-aging” clinics. In fact, emerging scientific studies have shown that exogenous anti-oxidant supplements and HRTs have a paradoxical effect.

Likewise, exogenous HRT use suppresses endogenous hormone production and thereby accelerates the decline in hormone gene expression that occurs with aging (via an epigenetic feedback-this is so good inhibition mechanism).

This is why many testosterone users have testicular atrophy. Thus antioxidants and HRTs treat the symptoms (i.e. “downstream effects) of aging, rather than the cause (“upstream events”) of aging.

Current initiatives to restore NAD+ levels in individuals are attempts to affect what we believe are “upstream events” in aging to produce positive downstream events, such as already has been shown to be possible in various studies – like reversal of muscle aging in rodents.

Because nuclear NAD+ deficiency has so many impacts that mimic those of caloric restriction (CR), we look next at how it affects upstream events in molecular aging.  We are also looking at CR for ideas for the best biomarkers for objectively evaluating the “upstream effects” of restoring NAD+ levels in the nucleus.”

Combating ROS with supplements derived from “healthy” fruits and vegetables that were found to possess Anti-oxidant properties in vitro was all the rage over the last 15 years or so, but has been falling out of favor as research shows that many of these supplements fail to reach individual cells in sufficient concentration to make a positive impact in vivo.

“In the absence of malnutrition, there is little or no reason to take antioxidant supplements because the ability of these compounds to function as antioxidants is largely determined by the [NADP+]/[NADPH]”

That is why more and more researchers say Anti-oxidants don’t work, as Dr Sinclair explains in this video.