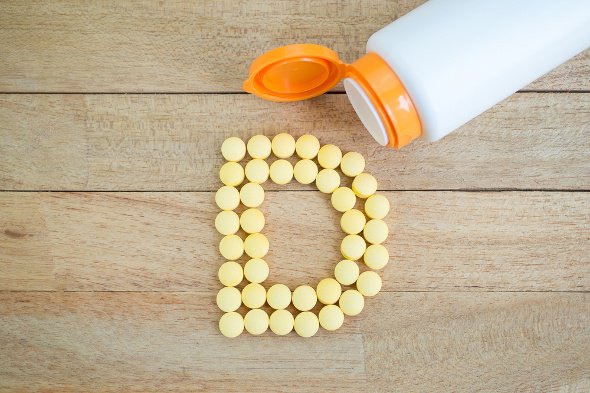 Asthma is a chronic inflammatory disease that causes breathing difficulties. The underlying cause is incompletely understood.

A recent meta-analysis of randomized controlled trials examined the effects of vitamin D supplements on asthma symptoms. Here is a summary its conclusions.

Asthma is a chronic inflammatory condition of the lung airways. It is characterized by attacks of breathlessness, chest tightness and wheezing.

These findings are partly supported by some meta-analyses of randomized controlled trials (4, 5, 6).

This was a meta-analysis of randomized controlled trials examining the evidence linking asthma with vitamin D.

Vitamin D for the management of asthma.

This was a systematic review and meta-analysis of randomized controlled trials investigating the effects of vitamin D supplements on asthma symptoms.

The researchers searched for all relevant studies using several databases.

Only studies that met the inclusion criteria were selected:

A total of nine trials met the inclusion criteria and were included in the primary analysis — seven in children and two in adults.

The studies included a total of 1,093 participants — 435 children and 658 adults — and their length ranged from 4–12 months. Most of the participants had mild to moderate asthma.

Bottom Line: This was a meta-analysis of nine randomized controlled trials examining the effects of vitamin D supplements on asthma symptoms in children and adults.

The analysis showed that supplementing with vitamin D reduced the risk of a sudden worsening of symptoms (asthma attacks) requiring asthma medication (corticosteroids) via injection.

Specifically, the risk decreased by 37%, on average. It also caused a 61% reduction in the risk of having at least one asthma attack requiring a visit to an emergency department or hospital.

The authors concluded that this reduction in severe asthma attacks had significant clinical relevance.

In contrast to the protective effects of vitamin D against severe asthma attacks, the researchers concluded that it did not significantly affect Asthma Control Test (ACT) scores.

The ACT score is used to determine if asthma symptoms are well controlled and what level of treatment may be required.

In addition, supplementing with vitamin D did not affect the percent predicted forced expiratory volume in one second, which is a measure of lung function.

How Does Vitamin D Reduce the Risk of Asthma Attacks?

The analysis shows that taking vitamin D supplements may reduce the risk of asthma attacks.

The way vitamin D may improve asthma is not completely understood but may be explained in the following way:

Bottom Line: Vitamin D may reduce the risk of asthma by reducing airway inflammation and strengthening the antimicrobial defenses of the lungs.

This meta-analysis was conducted according to accepted standards and didn’t appear to have any flaws. However, caution should be taken when generalizing the results to certain groups.

First, the conclusion that vitamin D protects against severe asthma attacks was mostly based on studies in adults. As a result, it cannot be generalized to children.

Second, the researchers were unable to look into the effects of vitamin D supplements in subgroups, such as those with severe asthma or vitamin D deficiency.

Bottom Line: The findings cannot be generalized to children, and the effects of vitamin D supplements in those with severe asthma symptoms or good vitamin D status are unclear.

In short, this meta-analysis concludes that supplementing with vitamin D is likely to protect against severe asthma attacks. It also reduces the risk of having to visit an emergency department or stay in a hospital because of asthma.

Although vitamin D itself won’t cure asthma, supplementing with it seems to reduce the risk of severe asthma attacks in people with mild or moderate asthma.

However, studies in severely asthmatic people are lacking. Additionally, it is unclear if these benefits are confined to people with poor vitamin D status or a deficiency.