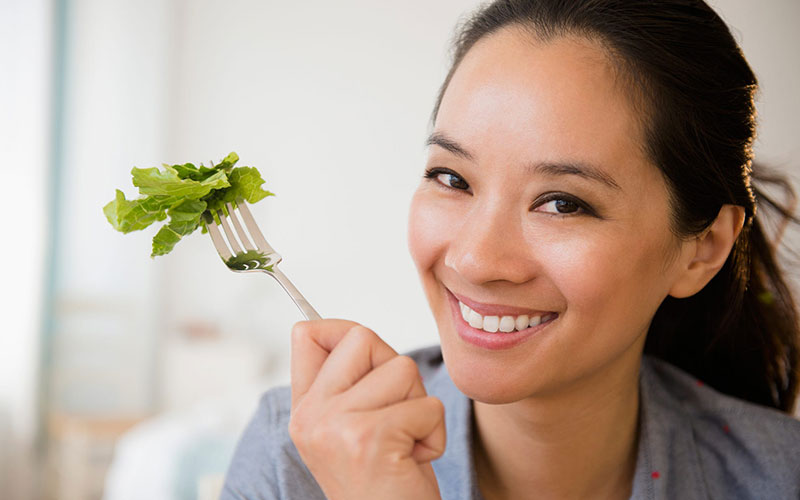 Following a standard weight loss diet is difficult for most people who too often depend on the fad weight loss pills like Garcinia Cambogia extract.

Recently different methods such as intermittent fasting are gaining popularity.

A randomized controlled trial compared the safety and effectiveness of alternate-day fasting to a traditional, calorie-reduced diet. Here is a detailed summary of its findings.

When people diet, they eat less than they normally would.

Typically, an effective weight loss diet involves a 20–30% calorie deficit, relative to the amount of calories needed to maintain weight. It generally leads to a moderate 5–10% weight loss over a 6-month period (1, 2).

However, sticking to a calorie-reduced diet for a long period is extremely difficult for most people (3).

For this reason, alternative strategies are growing in popularity. One such strategy is intermittent fasting, which involves eating little or nothing for specified periods and normally the rest of the time.

One common intermittent fasting approach is alternate-day fasting (ADF), which involves eating little or nothing every other day.

Like most other weight loss methods, ADF reduces the risk of heart disease and diabetes. It may also cause beneficial changes in appetite hormones (4, 5, 6).

Studies in overweight or obese adults indicate that ADF may cause 3–8% weight loss over a period of 2–12 weeks (7, 8).

Yet, it’s still unclear whether ADF is an effective weight loss strategy. Until now, no studies have compared ADF to a traditional weight loss diet (9).

This was a randomized controlled trial comparing the effectiveness of alternate-day fasting to a standard weight loss diet.

This was a small, 2-month randomized controlled trial examining the safety and effectiveness of alternate-day fasting, compared to a traditional weight loss diet.

A total of 26 obese adults participated in the study. They were randomly assigned to one of two groups:

In both groups, all food was provided by the study kitchen, and food intake was closely monitored. Additionally, the participants’ macronutrient intakes were standardized with 55% of calories from carbs, 15% from protein and 30% from fat.

At the start and end of the study, the researchers measured the following:

When the study was over, the participants received standard weight maintenance advice. The above measurements were repeated after a 6-month unsupervised follow-up.

Summary: This was a randomized controlled trial comparing the safety and effectiveness of alternate-day fasting to a traditional weight loss diet.

Further studies with a greater number of participants and more statistical power are needed to determine whether this difference is real or just a chance occurrence.

Summary: Alternate-day fasting led to weight loss similar to that of a standard weight loss diet with a moderate calorie deficit.

Participants who fasted every other day achieved a greater calorie deficit.

They consumed 376 fewer calories per day, on average, compared to those who were on the traditional weight loss diet.

The chart below shows the differences in calorie deficit between groups.

This is a large reduction in calories that should lead to considerable weight loss over two months.

However, this extra calorie deficit didn’t seem to significantly affect weight loss, as shown in the previous section.

Possible explanations include the underreporting of food intake in the ADF group or a reduction in the number of calories burned.

Summary: Alternate-day fasting seemed to cause a greater calorie deficit, on average, compared to a traditional weight loss diet.

After the intervention part of the study had ended, the researchers followed the participants for an additional six months.

During these six months, there were no significant changes in weight regain between groups.

However, when the researchers compared values from the start of the intervention, changes in percent fat mass (FM) and lean mass (LM) were significantly more favorable among those who fasted every other day.

These findings are presented in the chart below.

These findings should be interpreted with caution since there were some between-group differences in body weight at the start of the study.

Both alternate-day fasting and traditional dieting caused a drop in the number of calories burned at rest (resting metabolic rate).

This effect is known as metabolic adaptation or starvation mode — the body’s response to a calorie deficit.

When the decrease in resting metabolic rate (RMR) was adjusted for fat mass and lean mass, the difference between groups became marginally significant. The findings are presented in the chart below.

Summary: Both alternate-day fasting and a calorie-reduced diet caused a decrease in resting metabolic rate.

In the current study, there were no differences in BDNF levels between groups.

However, at the end of the follow-up period, the researchers discovered that levels of BDNF had increased significantly among those in the ADF group, compared to the TWD group, as shown in the chart below.

These findings suggest that ADF may lead to long-term changes in the formation of BDNF, which might promote weight loss maintenance. This needs to be studied further.

Summary: Alternate-day fasting led to an increase in brain-derived neurotropic factor. The health relevance of this is unclear.

Previous studies indicate that alternate-day fasting increases fullness after meals, as well as levels of the satiety hormone peptide YY (14).

In the present study, the researchers measured leptin (a satiety hormone) and ghrelin (the hunger hormone) at the start and end of the study. The findings are presented in the chart below.

There were no significant differences in hormone changes between groups.

ADF also led to improvements in blood lipids. Once again, there were no significant between-group differences.

The main limitation of the study was its small size. The low statistical power may explain the lack of significant differences in some of the outcomes.

Second, physical activity levels weren’t monitored. This might have affected the results.

Third, the researchers didn’t know how many of the participants continued following the ADF or TWD during the follow-up period.

Finally, food intake was strictly controlled, and the findings may not be generalized to a free-living population.

In short, this study suggests that alternate-day fasting is safe and at least as effective as a moderate, calorie-reduced diet.

It did not raise the risk of weight regain during the first six months after the weight loss program finished.

Although weight loss wasn’t significantly different between groups, there were some signs that alternate-day fasting may be more beneficial than continuous dieting. These findings need to be confirmed by larger studies.