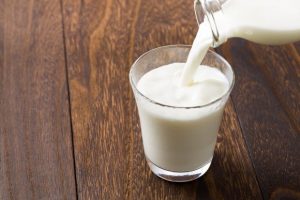 Despite having been considered harmful in the past, new studies have failed to find a link between saturated animal fat and heart disease.

Additionally, not all saturated fats are created equal, and some of them may even be beneficial. This may be particularly true of dairy fat, which contains fatty acids that can have biological effects.
Today’s study looks at the relationship between high-fat dairy consumption and the risk of type 2 diabetes.

In the past decades, dairy fat may have been unfairly demonized.

In fact, the evidence against dairy fat is severely limited, and the majority of the evidence suggests that it has no effect on heart disease risk (1, 2).

Yet, many current dietary guidelines still recommend a limited intake of full-fat dairy.

Dairy fat’s association to type 2 diabetes has been much less studied. Observational studies have provided mixed results, suggesting that dairy fat may have neutral or beneficial effects on type 2 diabetes (3, 4, 5).

Previous observational studies have relied on self-reported intake of dairy fat, which tends to be inaccurate. A better approach is to directly measure circulating markers of dairy fat intake.

Dairy fat contains a few types of rare fatty acids, such as pentadecanoic acid, margaric acid and trans-palmitoleic acid, not found in significant amounts in other foods (6, 7, 8).

Therefore, their blood levels may indicate how much dairy fat a person eats (9, 10).

A group of researchers from Harvard and Tufts University examined whether circulating markers of dairy fat intake were associated with type 2 diabetes risk.

Circulating Biomarkers of Dairy Fat and Risk of Incident Diabetes Mellitus Among Men and Women in the United States in Two Large Prospective Cohorts.

This prospective observational study examined the association between circulating markers of dairy fat intake and the risk of developing type 2 diabetes.

The participants were 30–75 years old, and half of them were overweight or obese. However, none had type 2 diabetes, heart disease or cancer at the start of the study.

The researchers took blood samples and analyzed the amounts and types of circulating fatty acids in the participants’ blood fluid (plasma) and red blood cells.

After an average of 15 years, they were tested for type 2 diabetes by questionnaire.

Finding 1: Markers of Dairy Fat Intake Were Linked to a Lower Risk of Diabetes

During the 15 years of follow-up, 277 new cases of type 2 diabetes were diagnosed.

This study showed that individuals with high levels of pentadecanoic, margaric and trans-palmitoleic acids in their blood fluid (plasma) were at a significantly lower risk of developing type 2 diabetes.

The findings are presented in the charts below.

Similar results were obtained when fatty acid levels in red blood cells were examined, although only margaric acid remained significantly associated with a lower risk of diabetes.

Why Might Dairy Fat Reduce the Risk of Diabetes?

The factors responsible for the associations seen in the present study are unknown.

They might be any of the fatty acids examined, other related factors in milk or lifestyle factors associated with high dairy fat consumption.

Scientists have suggested that several milk fat constituents may play a role. These include vitamin D, omega-3 fats, short- and medium-chain fats and gangliosides (16).

In the present study, when all three markers of dairy fat were added to the same statistical model, only trans-palmitoleic acid remained significantly associated with a reduced risk of type 2 diabetes.

The authors speculated that trans-palmitoleic acid might affect type 2 diabetes due to its similarities to palmitoleic acid, which is a fatty acid that may reduce liver fat production and improve insulin sensitivity in muscles (17, 18).

However, before a solid conclusion can be reached, the individual milk fat components need to be examined in randomized controlled studies.

Bottom Line: Why dairy fat might protect against type 2 diabetes is unclear. The authors suggest that trans-palmitoleic acid may be responsible.

The study’s primary limitation was its observational design, which was otherwise excellent.

Additionally, only 71% of the participants were fasting when blood samples were taken. However, this is unlikely to have significantly affected the results.

This study suggests that eating high-fat dairy products, such as cheese, butter and cream, may protect against diabetes.

However, it did have an observational design, meaning that its findings do not provide any hard evidence about causality.

Regardless, dairy fat appears to be a healthy dietary component. The majority of studies suggests that dairy fat is not the villain it was previously made out to be.