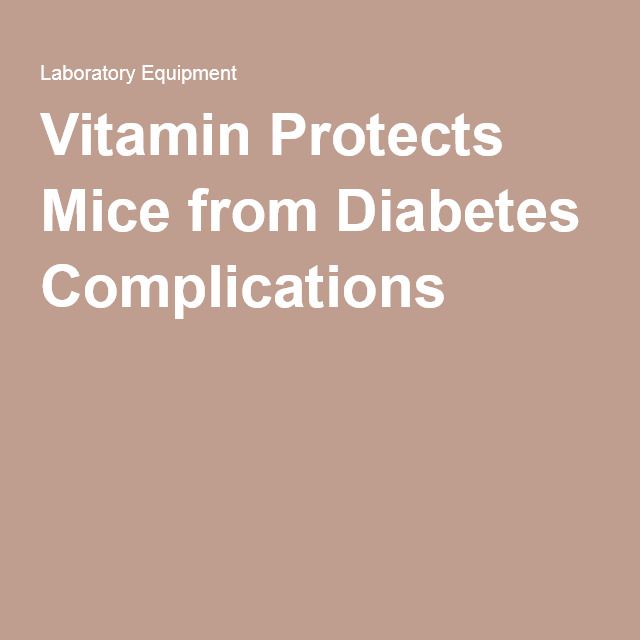 In a study that perhaps more serves as proof that NAD+ deficiency plays a role in diabetes researchers used high levels of nicotinamide riboside supplementation to demonstrate it protects mice from diabetes complications.

There is an association between prediabetic polyneuropathy (PDPN)1 and obesity, about half of individuals with diabetes will also suffer from diabetic peripheral neuropathy (DPN)2, which makes them insensitive to heat and touch.

This condition can progress to foot ulcers and amputations. Unfortunately there are few treatments that are effective for obesity while there are no known treatments for DPN. Best available care is tight glycemic control, lifestyle changes centered on dietary improvement and exercise, and pain medication when DPN is painful.

The researchers noted that in prior research there are indications that supplementation with nicotinamide riboside (NR), a NAD+ precursor vitamin can improve metabolic health in overfed mice. They also noted that research indicates that NR has an ability to protect damaged neurons.

Because of this dual potential the researchers hypothized that NR may improve prediabetic (PD) and diabetic glucose and lipid metabolism while simulatanuously treating the neuropathic complications that come with DPN. The researchers tested the potential positive effect of NR in mouse models.

A large cohort of mice was used in the experiment and several comparison groups created, increasing its relevance.

Out of a group of 60 mice 40 were transferred to a HFD and 20 mice stayed on normal diet. Of the 40 mice 20 were given 20 STZ, a chemical that induces type 2 diabetes (T2D). Finally of each group 10 mice were given NR supplementation at a dosing level of 3g/Kg/day. The groups were then studied for various disease indicators.

In type 2 diabetes mice the results showed that NR strongly reduced non-fasting and fasting blood glucose, weight gain and hepatic steatosis while protecting against diabetic neuropathy. The researchers concluded that the neuroprotective effect of NR could not be explained by glycemic control alone.

They therefore used corneal confocal microscopy to analyse deeper. This revealed a protective effect of NR on small nerve structures in living mice. It was established that hepatic NADP+ and NADPH levels were significantly degraded in prediabetes and type 2 diabetes but were largely protected when mice were supplemented with NR.

The dosing, as mentioned earlier, was very high at 3g/Kg/day. Using FDA specified guidelines  we can calculate the Human Equivalent Dose (HED) for the NR diet given to the mice. Using this guideline 3g/kg dosing in mice translates into a HED of approx. 240mg/kg.

Or into approximately 17 gram daily nicotinamide riboside dose for a person weighing 70kg. Typical supplements on the market have serving sizes of 250mg. It should be noted that this dose is well over the limit wrt to side effects and safety.

Given the current dosing ranges it appears likely that a therapeutic approach will need to be done under medical supervision. It should be noted that there are also alternative supplements that hold promise for treatment of diabetes.

You can find the study here.