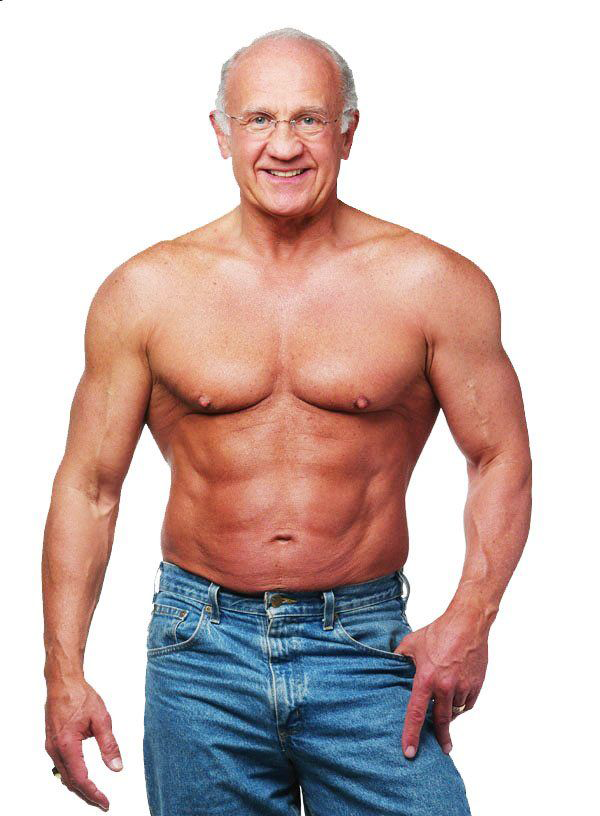 As we age, our levels of the Co-enzyme Nicotinamide Adenine Dinucleotide NAD+ drop significantly in multiple organs in mice and humans  (5,8,10).

NAD+ decrease is described as a trigger in age-associated decline(23), and perhaps even the key factor in why we age (5).

In 2013, research published by Dr David Sinclair demonstrated that short term supplementation with Nicotinamide MonoNucleotide (NMN) replenished NAD+ and reversed many aspects of aging, making the cells of old mice resemble those of much younger mice, and greatly improving their health (8).

The quotes below are directly from that research:

Since Dr Sinclairs landmark 2013 study, dozens of others have been published investigating the efficacy of supplementation with NMN and Nicotinamide Riboside (NR) in treatment and prevention of a wide range of disease including cancer, cardiovascular disease, diabetes, Alzheimers, Parkinsons, and more (5,6,7,9,10,11,13,14,15,16).

According to Dr Sinclair:

“enhancing NAD+ biosynthesis by using NAD+ intermediates, such as NMN and NR, is expected to ameliorate age-associated physiological decline”

The NAD+ supply is constantly being consumed and replenished through the Salvage Pathway, with approximately 3g of NAM metabolized to NMN and then to NAD 2-4 times per day (14).

NMN is the immediate precursor to NAD+ in the salvage pathway that constantly recycles NAD+.

Nicotinamide Riboside (NR) is a NAD+ intermediate that is used inside our cells to metabolize NMN and NAD. It is found in natural food sources and broken down in our bodies digestive system to NAM, NMN and other NAD metabolites.

In 2004 Dr Charles Brenner published a paper showing that the enzyme Nrk1 can catalyze NR directly to NMN (100) which can make it a more effective precursor to NAD+ than the previously known NAM, NA, or Tryptophan.

Although NR is unstable by itself, Dartmouth University has patented production methods that combine it with Chloride which makes it stable.

Chromadex has licensed this technology and has been selling NR commercially since 2014 under the brand name “Niagen”.

NAM, NA, NMN, NR, and Tryptophan ALL elevate levels of NAD+ significantly in the liver, which has many benefits for metabolic health.

Charts showing NMN impact on NAD+ levels in the liver are further down the page.

* Note:  These charts are somewhat deceptive. It shows NAM (green bar) elevated NAD+ nearly as much as NR (black bar)

However if they used equal mg of each supplement, which is how people actually purchase and use them, it would show NA about equal with NR and NAM far effective than NR at elevating NAD+ in the liver.

Mice in these experiments didn’t receive equal WEIGHTS of each precursor. Instead researchers chose to use quantity of molecules, which makes NR look “better” by comparison.

ONLY NMN BYPASSES THE NAMPT BOTTLENECK IN TISSUES THROUGHOUT THE BODY

Restoring NAD+ to youthful levels in ALL CELLS throughout the body is the goal.

However, many tissues cannot utilize NAD+ directly from the blood as NAD+ cannot readily pass through the cellular membrane.

Muscle tissue, for example, depends on cells internal recycling of NAD+ through the salvage pathway which is controlled by Nampt.

To restore depleted NAD+ levels in such cells, a precursor must:

NAM is abundant in the blood and easily carried into such cells throughout the body, but  depends on Nampt, which is the rate limiting enzyme in the salvage pathway.

NR can bypass the Nampt bottleneck, but is not normally available in the bloodstream (see below)

After oral NMN supplementation, levels of NMN in the bloodstream are quickly elevated and remain high longer than NAM, NA, or NR (18,22,97,98,99)

Only NMN is readily available in the bloodstream to all tissues, and bypasses the Nampt bottleneck in the Salvage pathway

Quotes from some studies are below:

For more info on how NR is converted to NAM in the body.

In both mice and humans, studies repeatedly failed to find any NR in the bloodstream at any time, even after very high dosages of NR (97,98,99).

Finally, this 2017 study did find a trace of NR in the bloodstream briefly, 100 minutes after oral gavage of 200mg/kg.

The Trammell thesis shows that the liver quickly processes any NR to other metabolites such as NAAD, NAM, NaAd, but also failed to find any trace of NR in the bloodstream.

Here are some quotes in the discussion section from the Trammell thesis:

“NR varied and displayed no response to NR administration … but was detected after IP of double labeled NR in liver (Figure 5.7) and muscle (Figure 5.9), revealing NR does circulate”

This research found  that:

Any NR supplements that do make it to the blood are quickly cleared by the liver so it is very rarely detected in the bloodstream, and then only at trace levels.

ORAL NR IS NOT AVAILABLE  TO TISSUES BEYOND THE LIVER

The charts below are from this 2016 study which used mice that have had the gene for Nampt “knocked out” in quadricep muscle, so are unable to process NAM. As a result, the NAD+ levels drop to 15% of normal.

These mice were fed 200mg/kg bodyweight of double labelled NR to track the movement of the NR through the body.

Any NR that makes it through digestion intact would be incorporated as double labelled NAD (M+2). NR that has been metabolized to NAM loses 1 heavy tracking molecule and would be found as M+1.

Chart D shows both single and double labelled NAD+ (green and red) are abundant in roughly equal amounts in the liver.

Chart C shows quite a lot of single labelled NAD+ in the muscle.

We know this NAD+ was metabolized as NAM and then NMN because these mice lacked Nampt, so can not process NAM.

At the same time, there is only a tiny fraction of double labelled NAD+ in the muscle.

This demonstrates that NMN, but not NR was readily available for use in the Salvage Pathway inside the muscle.

ORAL NMN IS READILY AVAILABLE THROUGHOUT THE BODY

This clearly shows that NMN makes it way through the liver intact, through the bloodstream, into muscle, and is metabolized to NAD+ in 30 minutes (22) .

This quote below is directly from that study.

In this 2016 study, mice were given a single dose of  NMN in water.

In this 2017 study, NMN supplementation for 4 days significantly elevated NAD+ and SIRT1, which protected the mice from Kidney damage.

NAD+ and SIRT1 levels were HIGHER in OLD Mice than in YOUNG Mice that did not receive NMN.

In a long-term experiment documented in the 2016 study (22) , mice were given 2 different doses of NMN over 12 months.

Testing revealed that NMN  prevents some aspects of  physiological decline in mice, noting these changes:

Here are some quotes from  the  study:

Researchers found that NMN administration suppressed body weight gain by 4% and 9% in the 100 and 300 mg/kg/day groups.

Analyses of  blood chemistry panels and urine did not detect any sign of toxicity from NMN.

Although health span was clearly improved, there was no difference in maximum lifespan observed.

Oxygen consumption significantly increased in both 100 and 300 mg/kg/day groups during both light and dark periods (Figure 3A).

Respiratory quotient significantly decreased in both groups during both light and dark periods (Figure 3C),

This suggests that NMN-administered mice switched their main energy source from glucose to fatty acids.

The mice that had been receiving NMN for 12 months exhibited energy levels, food and water consumption equivalent to the mice in the control group that were 6 months younger.

Participants are 50 healthy women between 55 and 70 years of age with slightly high blood glucose,BMI and triglyceride levels.

Using a dose of 2 125mg capsules of NMN per day over a period of 8 weeks, researchers are testing for:

According to the study:

“Data from studies conducted in rodents have shown that NMN supplementation has beneficial effects on cardiovascular and metabolic health, but this has not yet been studied in people”

Testing of metabolic parameter will continue for 2 years after supplementation has ended, so final results will not be published for some time yet, but preliminary results are expected to be announced in early 2018.

NAD+ levels decrease throughout the body as we age, contributing to disease and aging.

All the NAD+ precursors are effective at raising NAD+ levels in the liver.

Raising NAD+ in the liver has many benefits, but is not effective in tissues and organs that cannot access NAD+ directly from the bloodstream and so depend on internal cellular NAD+ recycling.

For these tissues, utilizing each cells internal Salvage Pathway is necessary to restore NAD+ levels.

NR is not stable in the body and not normally found in the bloodstream, so is not readily available as NR to many tissues. Once metabolized to NAD+ it cannot enter cells. If metabolized to NAM it cannot bypass the Nampt bottleneck.

NMN is the only precursor that is stable and available to cells through the bloodstream, and can bypass the Nampt bottleneck to quickly restore NAD+ throughout the body.